The year of 2016 was jam packed with brand new releases and innovative technological advancements that revolutionized the consumer drone market. Within just a year drone enthusiasts saw the release of the DJI Phantom 4, the first entry-level drone to feature an obstacle avoidance system, and more compactly designed drones such as the DJI Mavic Pro and GoPro's Karma. Huge advancements in camera quality also took flight in 2016, with the recent unveiling of the DJI Inspire 2 featuring a camera capable of shooting 5.2K video at up to 4.2 Gbps bitrate.

According to a report by Goldman Sachs, there is a $100 billion market opportunity for drones between now and 2020, and according to the study, the consumer market has significant room for rapid growth. With so many new drones and innovations hitting the airways in 2016, 2017 is quickly shaping up to be another big year for drone pilots all over the world. 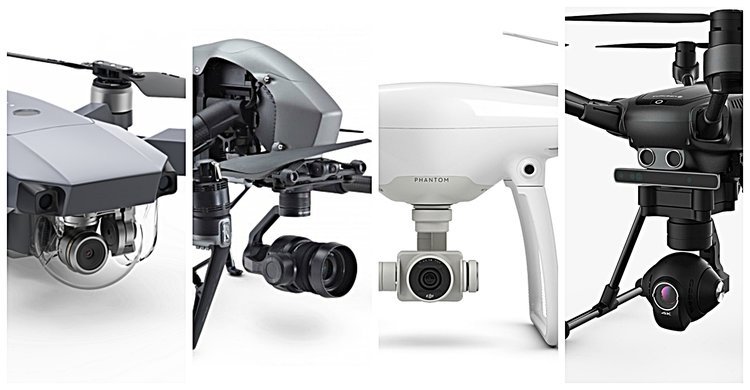 In the year of 2016 drone manufacturer DJI dominated the market with consistent new releases including the Phantom 4, the Mavic Pro, the Phantom 4 Pro, and the Inspire 2. GoPro also entered the consumer drone arena with their own release, the Karma, a portable drone equipped with a GoPro camera and detachable handheld gimbal. With the release of drones of all shapes and sizes, 2016 was a year that gave drone pilots of every level, a perfect option for every need and price point. 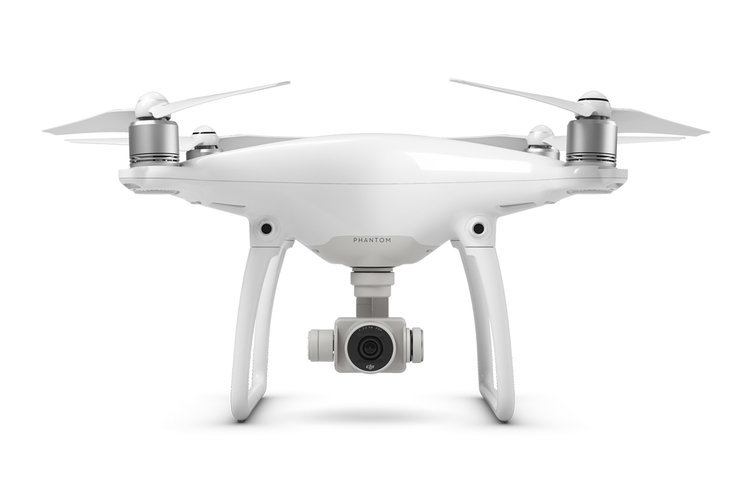 At the start of the year, DJI released the DJI Phantom 4, a drone designed to be as user-friendly as possible, and that quickly garnered major popularity upon its release. The Phantom 4 featured a refined, Apple-like design, a new obstacle avoidance system with front and bottom facing sensors, and new intelligent flight modes including Tap to Fly and ActiveTrack. The Phantom 4 also featured a 4K 1080p camera, and the ability to fly 72 km per hour in Sports Mode. With all its new features, the Phantom 4 became the go-to drone for both hobbyist and professional flyers and garnered major acclaim for its ease-of-use and powerful system that made it the most effortless drone to take to the skies yet. 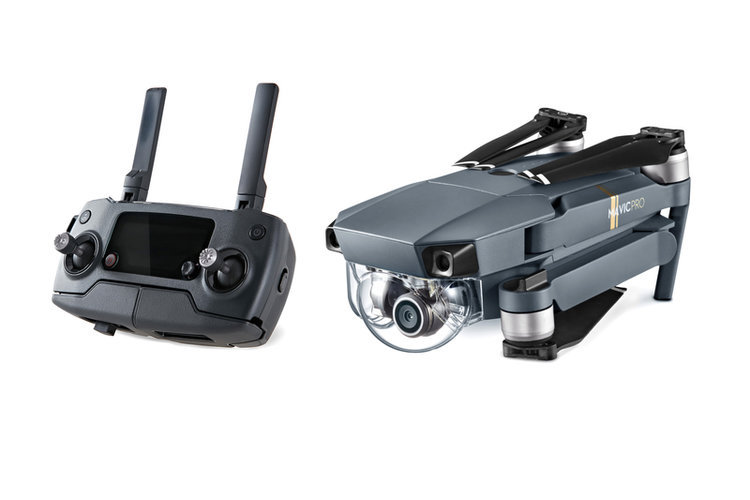 The DJI Mavic Pro was another drone released by DJI that garnered major hype upon its release. The Mavic Pro features an innovative foldable design that enables the drone to fold down to roughly the size of a water bottle, making it the perfect drone for pilots on the go. For its small size, the Mavic has a powerful system and features a 4K 12-megapixel camera on a stabilized 3-Axis gimbal, an obstacle avoidance system, 27-minute battery life, and an incredible 7 km flight range. On top of it all, the Mavic features brand new intelligent flight modes including Trace, Profile, Tripod, and Spotlight. 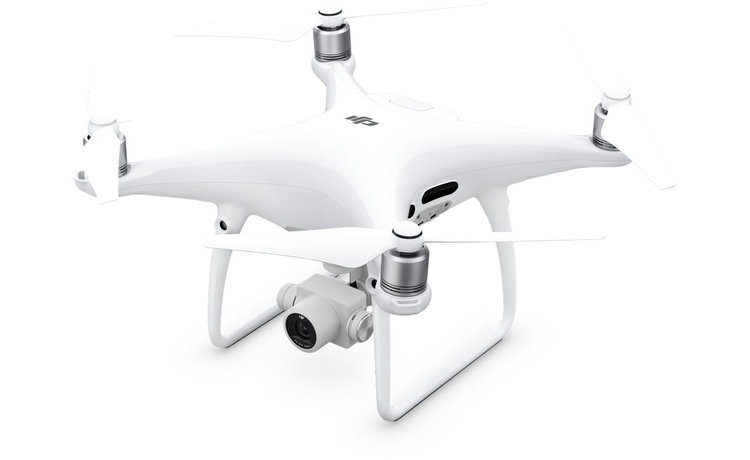 The recently released Phantom 4 Pro, once again manufactured by DJI, was the latest drone to be released in the extremely popular DJI Phantom series. The Phantom 4 Pro is equipped with a 1-inch CMOS sensor, capable of shooting 20-megapixel stills with up 11.6 stops of dynamic range. The camera can additionally shoot 14 photos per second in burst mode and can capture slow motion video at 60 frames per second.

DJI additionally delivered the step-up from the Phantom 4 Pro, the Phantom 4 Pro+, which features a remote controller with a built-in 5.5-inch touch display. The new remote is brighter than any other Smartphone, Tablet, or iPhone and allows pilots to fly their drone without using up the battery power of their own personal device.

DJI ended the year on a high note with the release of the DJI Inspire 2, designed specifically for professional filmmakers. The Inspire 2 is designed with a magnesium-aluminum body that increases stiffness in the air, while also decreasing weight. The Inspire 2 is also equipped with a camera capable of capturing 5.2K video at a 4.2 Gbps bitrate. The drone is even able to fly up to approximately 90 km per hour while the remote controller features a new dual-band Lightbridge HD video transmission system that has a maximum transmission distance of 7 km.

Consumers can buy the Inspire 2 with either the Zenmuse X4S or the X5S camera. Additionally, there is a DNG RAW mode for photographers, that can capture 30-megapixel stills. Another stand-out feature of the Inspire 2 is its two camera, dual operator system, allowing one person to pilot the drone while the other captures and controls the footage being shot.

Two other notable releases to come out of 2016 included GoPro's Karma, and Yuneec's Typhoon H. Each drone came with its unique strong points and flaws, though neither were able to make as strong as an impact on the market as competing drones released by drone heavyweight DJI.

The GoPro Karma was a compactly designed drone featuring a detachable gimbal and camera system that was set up to rival DJI's Mavic Pro. The maximum speed of the Karma was approximately 56 km per hour, with a maximum range of 3 km. Though the drone caused major hype in the drone world, the system was quickly recalled less than a month after its launch after reports of the drone losing power and falling out of the sky. 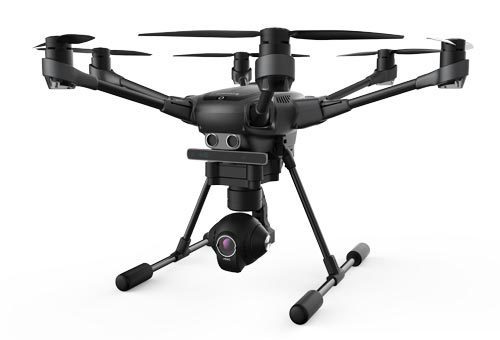 On another note, the Yuneec Typhoon H was another drone released in 2016 that closely rivaled the DJI Phantom 4. The Typhoon H is a hexacopter designed with six rotors to make flying smoother and steadier in the air. The camera can turn 360 degrees, and the drone itself features retractable landing gear to ensure the legs won't show up in any footage. While the Typhoon H was a big step up for Yuneec, the Phantom 4 overall still trumped the drone in terms of usability, design, and functionality.

The release of the DJI Phantom 4 showcased the first entry-level drone with a comprehensive obstacle avoidance system, a huge leap forward in the consumer drone market. The Phantom 4's innovative obstacle avoidance system enabled the drone to avoid objects in its path autonomously, with two forward-facing cameras, two bottom facing cameras, as well as downward facing ultrasonic sensors. Its system was designed to have the drone dodge obstacles on its own by analyzing its surroundings, sensing an object, and intelligently flying around it - making it an especially beneficial feature for new pilots just learning to fly. 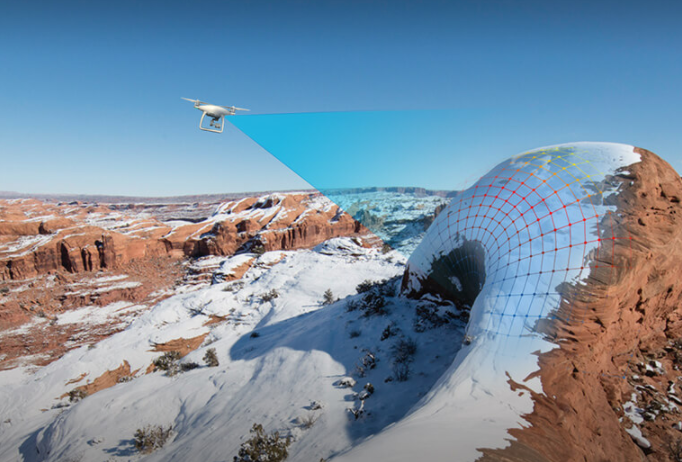 DJI additionally stepped up their game at the end of the year with the release of the DJI Phantom 4 Pro, which features a full 360-degree obstacle avoidance system, giving the Pro the ability to detect objects in all 5 directions with a range of up to 30 metres in every direction. The Pro is designed with infrared sensors on both sides, to more accurately detect the distance between the aircraft and any obstacles within a range of up to 23 feet. Whereas the Phantom 4 only featured front-facing and downward-facing sensors, the Pro now includes sensors on its back and sides. With the ability to detect sensors on all four sides, the Phantom 4 Pro showcased just how far obstacle avoidance technology has come.

Camera footage soared to new heights in 2016 with major upgrades in quality hitting the consumer drone market. Up until the release of the DJI Mavic Pro, most entry-level cameras had a similar image and video quality, including similar sensors. With the introduction of the Phantom 4 Pro, the entry-level market saw the release of a drone equipped with a 20-megapixel camera, mechanical shutter, and a larger sensor. Within the upcoming year, we could see camera optics be changed to make camera quality sharper, and reduce any distortion from the lens, though lenses will most likely remain the same. 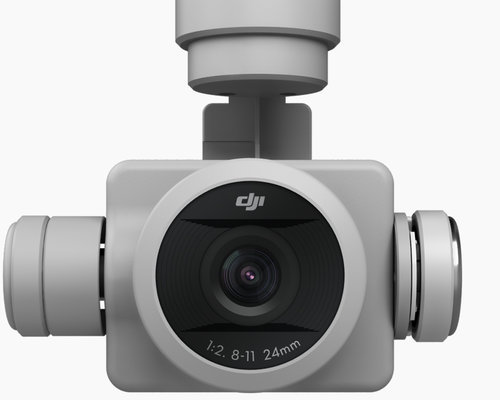 In 2016, DJI solidified their spot as the market leader in both commercial and consumer drone technology thanks to their innovation and quality products. In just one year DJI released game-changing drones such as the Phantom 4, the Mavic Pro, the Inspire 2, and the Phantom 4 Pro, giving drone enthusiasts a wide selection of drones to fit any price point. 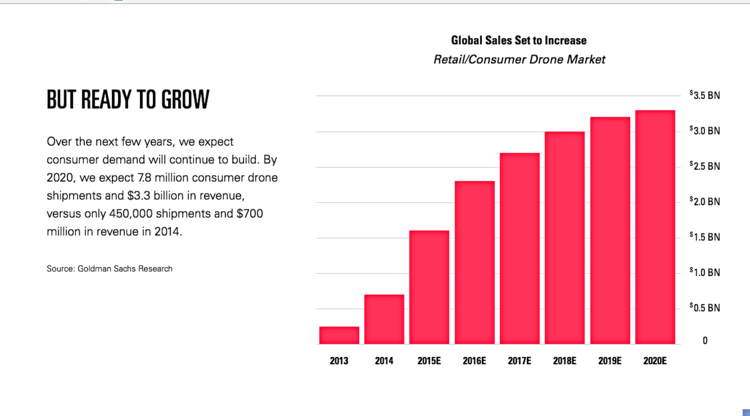 With such quickly evolving technology, we will continue to see drone technology improve and continue to discover more ways we can utilize the technology. Drone usage will see huge continued growth in business sectors across the board, especially in the agriculture and construction industries. Regulations could also evolve in 2017, allowing drones to be used more freely in the business world as their usage is made safer, and more companies discover the cost and efficiency benefits drones can provide.

In 2017 we could see drones become even safer, easier to use, and of course, more fun to fly than ever before. Virtual and FPV goggles will see a rise in popularity, with DJI recently announcing that they will release their own set of goggles in the year to come. We also foresee 360-degree cameras becoming a huge trend in the year of 2017 as well. 2016 was a year full of innovations and new drones that transformed the way we fly. There is no doubt that in 2017 we will continue to see drone tech evolve, and take-off on a larger scale than ever before.

DJI Releases Its New Gimbal, The OM 5: How Does It Compare To The OM4?